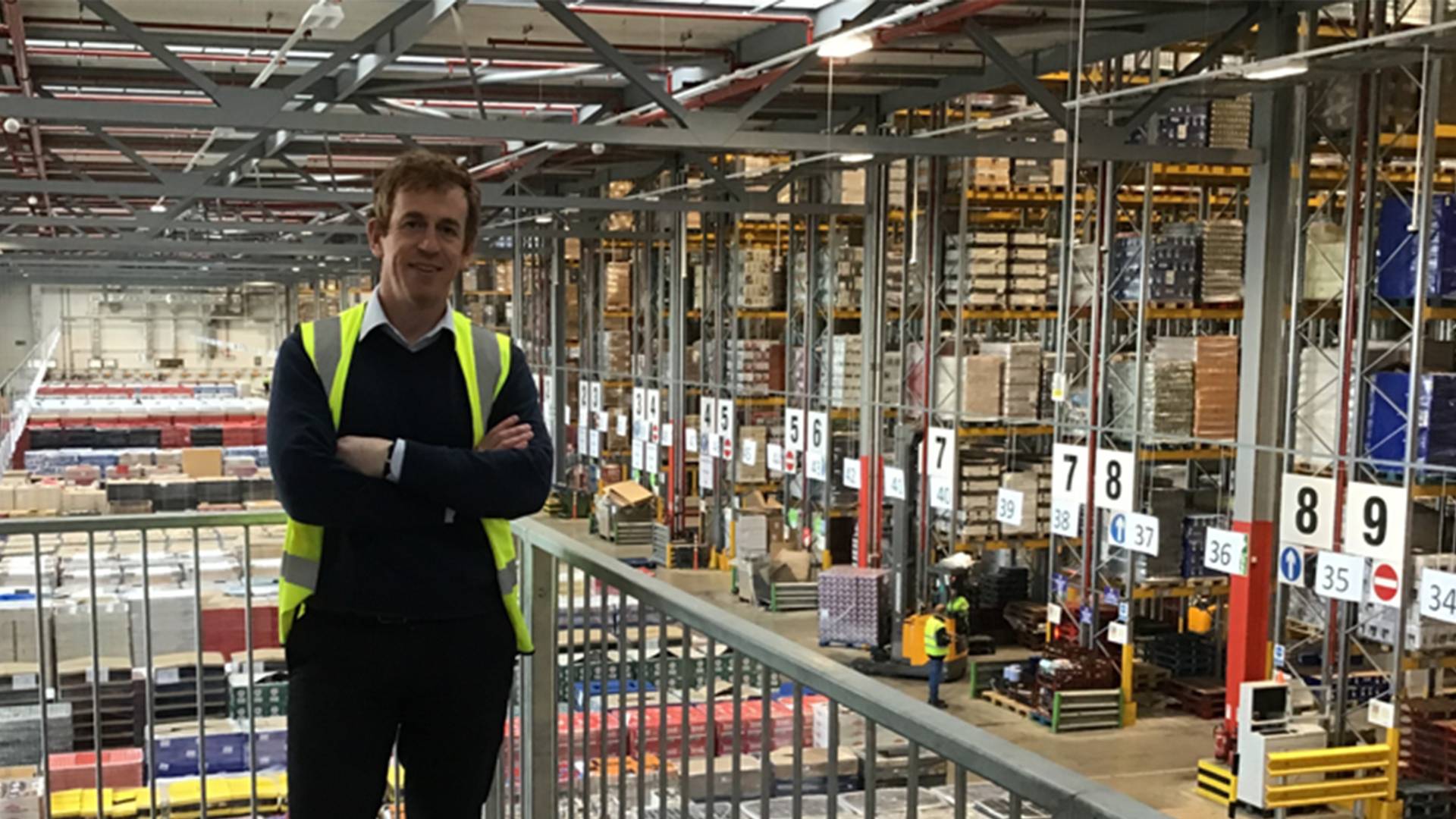 Former Royal Marine Ben joined our team in 2016 when he became an Area Manager in our Exeter region. Supporting a family with a special need’s child, Ben was looking for a career change which would help him to be there for his family.

Ben has kindly shared his personal account of what it was like transitioning from being a member of the Marines into a position within our ranks here at Lidl GB.

In October 2016, whilst serving in the Royal Marines, I was approached by a recruitment agency to interview for the position of Area Manager at Lidl GB. Whilst happy in my current position, and with great support from my chain of command as a parent to a child with significant special needs, it was becoming increasingly difficult to balance the needs of my family with the demands of life in the military.

I was already tentatively looking for civilian roles, whilst scratching my head trying to work out what I could possibly do on the ‘outside’, the chance to interview seemed like a great opportunity. After a couple rounds of interviews and being kindly supported by my career manager, I secured early release from the Marines and found myself enjoying a long weekend to adjust to civilian life following 20 years in uniform before beginning my career in retail.

I have been pleasantly surprised at how fortunate I’ve been in my own transition and I’m frequently taken aback at the similarities between service life and life at Lidl. I wanted to share my experiences and give an insight into what my new life is like and how my transition has been.

"Within 48 hours of joining Lidl I fully understood what was meant by getting stuck in and found myself aching in places I didn’t even know existed!"

Throughout the recruitment process I was frequently told about how hard everyone works at Lidl, the importance of learning on the job, rolling my sleeves up and getting stuck in. To be fair as someone that considered himself a fit, strong and tough Royal Marine I probably took these comments with a pinch of salt. However, within 48 hours of joining Lidl I fully understood what was meant by getting stuck in and found myself aching in places I didn’t even know existed!

To ensure you get a firm grasp of the role, you are fully immersed into a store during your training. For me this meant 5am starts, moving pallets of stock, stacking shelves, wielding a mop and brush and working on tills so I understood what life is like for my colleagues in store.

As my training progressed at a pace, which was demanding but achievable, I was introduced to the various manager responsibilities before being entrusted with my own store and then an area after six months. The parallels with military training and recruitment I would say are stark, you learn and understand your role starting at the basic level allowing you to gain that important attribute of leadership, empathy.

As an Area Manager I was responsible for five stores located in and around Exeter. Arguably this role has clear similarities with running a department or leading personnel in the forces, as I had no single responsibility, but under my watch the five stores had to achieve a range of Key Performance Indicators, for example turnover, costs, waste, and average spend to name but a few. I was also responsible for ensuring the necessary standards were set and maintained in store and that they were operating in a legally compliant and safe manner. In addition, a key part of the role was to introduce and embed a range of projects to improve and enhance procedures in store, improving the customer’s shopping experience.

"Much of my time was taken up with my responsibilities for the company’s most important asset, its people."

As with any management and leadership role, much of my time was taken up with my responsibilities for the company’s most important asset, its people. Just like when leading military personnel, the people I was responsible for energised and amazed me in equal measures, testing and forcing me to refine my own leadership styles.

In my role I was accountable for around 150 people, who were made up of multiple nationalities across a wide range of ages, including store managers with nearly twenty years of service to temporary students looking for employment for a few months over the summer, all of whom had something to add. My responsibilities included, but were not limited to, recruitment, training, coaching, and mentoring, welfare and the inevitable but infrequent disciplinary processes.

Just like on a ‘Pussers Grey (Naval Slang for a warship) or in a Commando Unit there are very few deep Subject Matter Experts, everybody is expected to chip in and do a bit of everything. It’s not uncommon to find a store manager serving customers or a senior manager helping out in the warehouse. This was perhaps best demonstrated by the businesses approach at the start of the Coronavirus lockdown. Whilst the stresses and demands on people and systems were unparalleled, they were mostly met with good humour and a strong determination to get the job done.

Just over three years into my time at Lidl, I see myself as well on my way to having 'transitioned’. I changed roles in March of 2020 and I’m now employed as a consultant where I’m responsible for reducing financial losses at both the store and warehouse level. I feel incredibly fortunate to have found this employment, and there’s no doubt to me that Lidl is a great place for former service members.

Take a moment to browse our latest opportunities. Click the link below to search and apply for a career a Lidl less ordinary.